Last week I was invited to talk at a storytelling event at Wildfang for their Free Speech event themed "Tis the Season". It was really challenging for me to get up on a stage and share some of my experience at Standing Rock, but I'm glad I was able to do it - despite how shaky and nervous I was. There is lots more to say, but here is what I said and a selection of digital photos I took while staying at Oceti Sakowin, Standing Rock, North Dakota this past November while on assignment for Hobo Magazine. 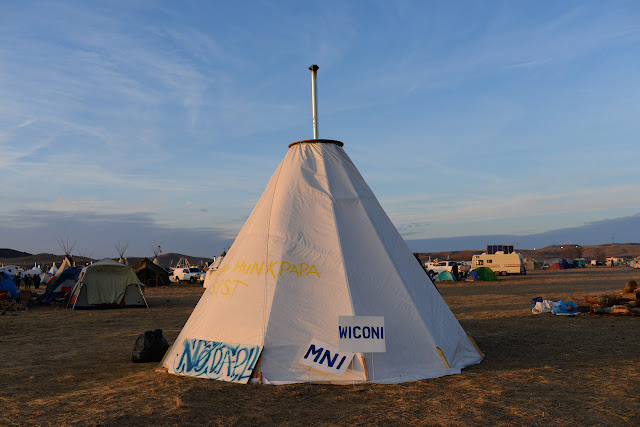 Tis the season to: challenge capitalism, colonialism and white supremacy. These things weigh heavily on my mind as I process my recent time spent in Standing Rock as a member of the press and as a Water Protector.

Honestly it’s hard to talk about my experience in 6 minutes, and even harder to navigate what to say without exploiting the experiences of those who have really put in the work and time. Who have truly made great sacrifices and who will have to live on that land long after everyone leaves. As a white person taking up space in an Indigenous-led movement, I worry about my role in colonialism.

Even though we brought everything we could to be as self-sufficient as possible, as well as a mountain of donations, I still took up their space and time, but I tried my best to be a respectful guest and remember that I had no entitlement to be there. My presence or my help could be unwanted and I needed to be ok with that.

I can only share with you the things I experienced and the things that I have learned and hope that through this sharing you feel motivated to take action to also stand with Standing Rock and support those who are risking their lives to be there.

A few days after arriving I found myself on the front lines at Oceti Sakowin, the front line Dakota Access Pipeline resistance camp, as law enforcement violently attacked unarmed water protectors for about 9 hours on Sunday, November 20th with tear gas, concussion grenades, water cannons and rubber bullets - a night I will never forget.

Without warning, officers fired onto Water Protectors who were attempting to remove previously burned vehicles from the blockade on the Backwater Bridge on highway 1806. Over 300 people were injured. The civil rights violations that night were deliberate and punitive. They not only violated the constitutional rights of peaceful protesters, but their actions highlight the long history of abuse against Indigenous peoples.

I don’t remember what time I finally went to sleep, but I woke up in a panic well before dawn to a woman running through camp yelling, “They’re moving the blockade!” My friend Claire immediately ran to the bridge to see what was happening, while I prepared coffee and food for our crew, preparing ourselves for what felt like a battle. Our initial thought was that the police were getting ready to invade the camp, which after the events of the night before, was a terrifying feeling. When we returned to the bridge that morning, a peaceful prayer was taking place. Later that day police added more cement barriers to the blockade, pushing the line further south.

The week following would be filled with many attempts from infiltrators who are employed by DAPL who pretend to be Water Protectors, but who are really just there to start rumors that spread like wildfire, incite fear and create drama. They’ll lie to you about confirmed camp raids, and tell you law enforcement is using live ammunition as you’re approaching the front lines. The camp is massive, with thousands of people, and things happen so quickly that it’s impossible to keep track or be informed on what’s happening at all times. The dissemination of information is even more difficult due to cell phone jamming and hacking.

The following Tuesday I checked in with the legal tent, giving them my emergency contacts in case of arrest and got the full run down on my legal rights. I then attended a direct action training where I was warned that press, medics and women were being targeted by law enforcement. I was told to be prepared to be illegally strip searched and violated by the Morton County Sheriffs department. I was told to be prepared to be held in dog cages filled with urine and feces, to have my personal belongings stolen such as ID’s, cell phone, and sacred objects. I was told I could be faced with bogus federal charges.

During the direct action training we were instructed on how to make strategic formations with our bodies as a group to protect the prayer and ceremony. The woman leading the training asked us, “Look within yourself and think about where you belong in the formation. Are you holding the sacred object performing the ceremony? Are you holding the banner or flags leading the charge? Are you on the outside facing law enforcement? This is an Indigenous-led movement. If you are a white ally, then you are on the outside as a body protecting the Indigenous center. If you don’t feel comfortable assuming the risks of being on the front line - and there is no shame in that - then where do you see yourself best serving the cause at camp? Are you working construction weatherizing the homes of those that are here for the long haul? Are you in the kitchen serving food or at the medics helping those who need to heal? There is no wrong place to be, but think about where you are best serving others.” The warrior in the kitchen preparing food is just as vital to the movement as the warrior on the front line. Everything you do at camp is for the greater good.

Give more than you take, including time and space. Listen, step back and step up. If you see someone that needs something, help them. We are accountable for the things we do, and for the things we don’t do. Withhold from offering ideas that you cannot commit to working on. Be present in a state of humility and grace.

Your strength is executed with a balance of gentleness and fierceness, and it is sustained by a sense of responsibility. Our right to exist comes with responsibilities to everything else in creation, to our ancestors and to the seven generations to come.

The land is not a resource. It is an entity that you have a relationship with and respect. Mother Earth is sacred.

Our enemies are also our relatives. They are our brothers and our sisters. We have to forgive them, hold out our hand and invite them back to the circle. Stand against them, but with an open heart, open mind, and with love. Hatred serves no one.

You serve best when you remain grounded, radically peaceful and spiritually strong. To do this you must prioritize self-care and self-love.

Look within yourself and think about where you belong in the formation. Not everyone is a leader, a warrior, and that is ok. Realize that no one shows up perfect to a revolution - including you. If you find yourself spending more time condemning the ideas of others than you are lifting others up, then you are not healing or building anything. Everyone has something to offer, even those you think are wrong. 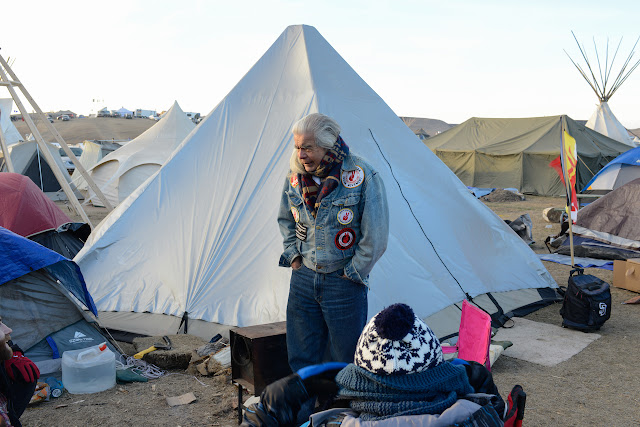 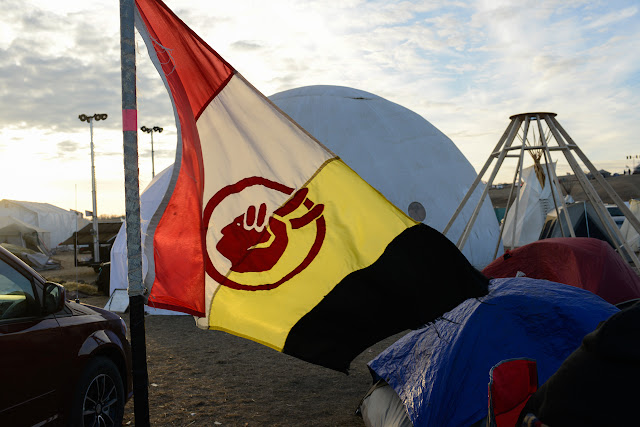 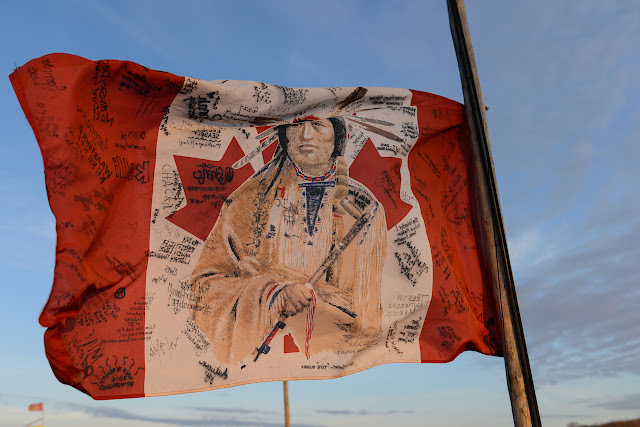 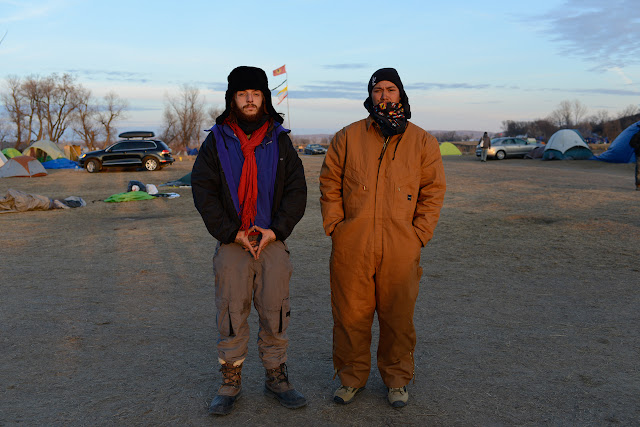 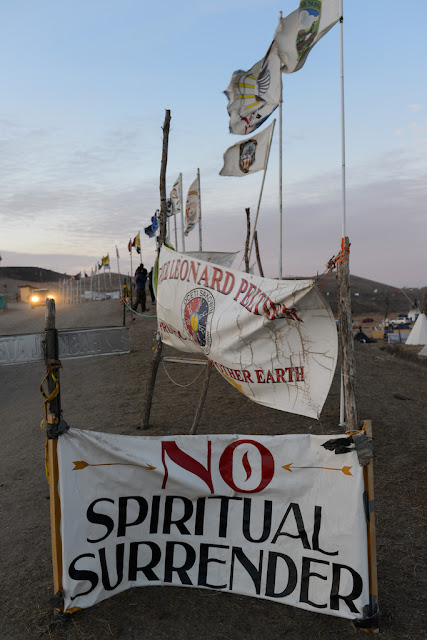 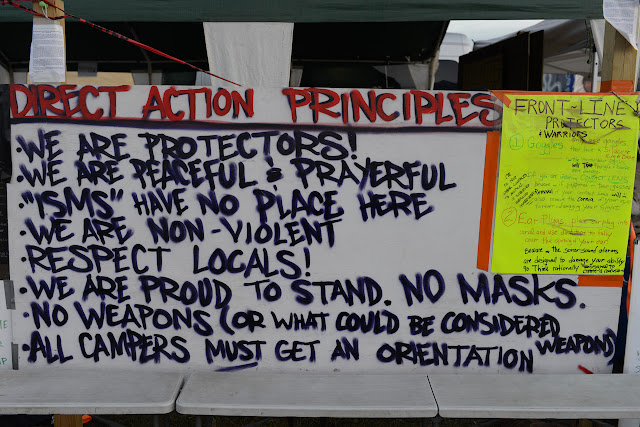 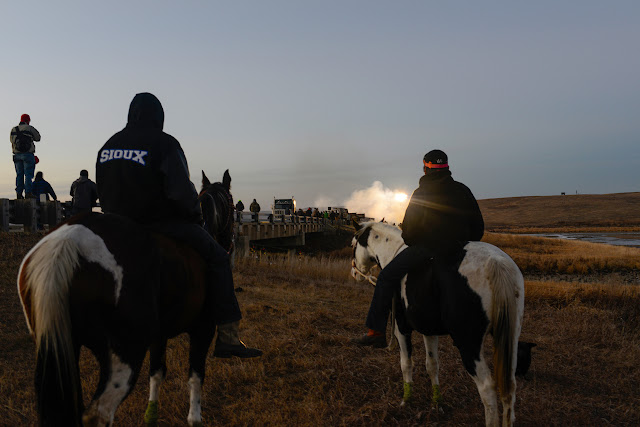 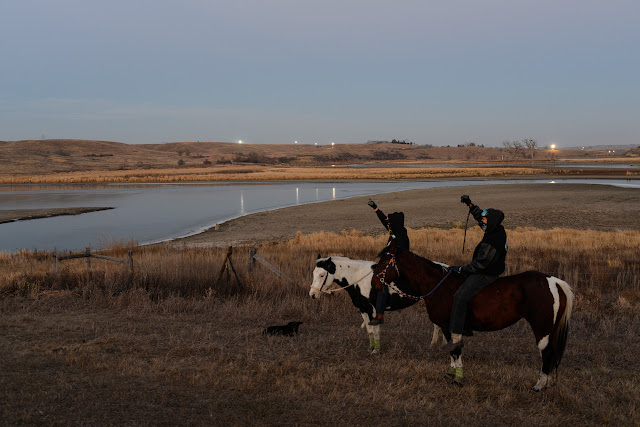 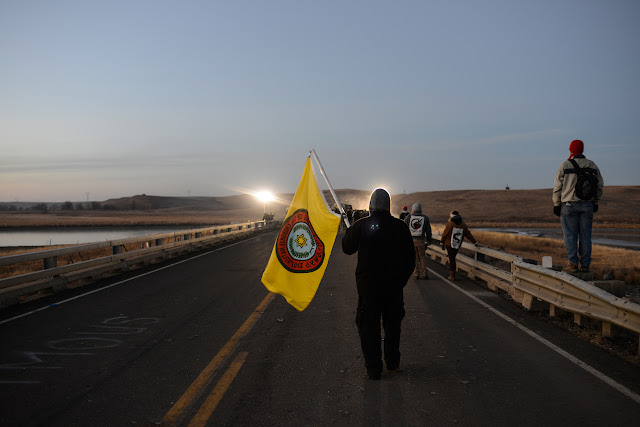 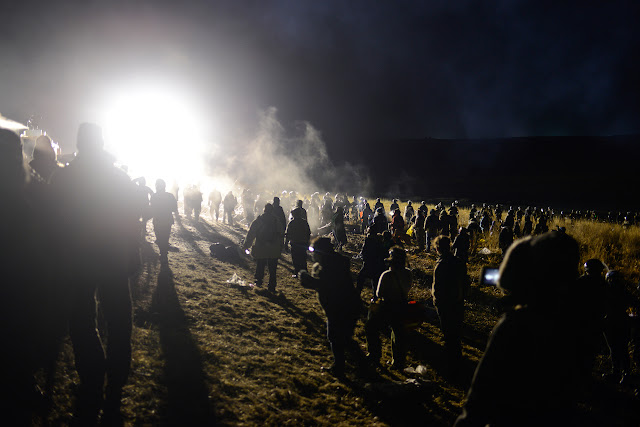 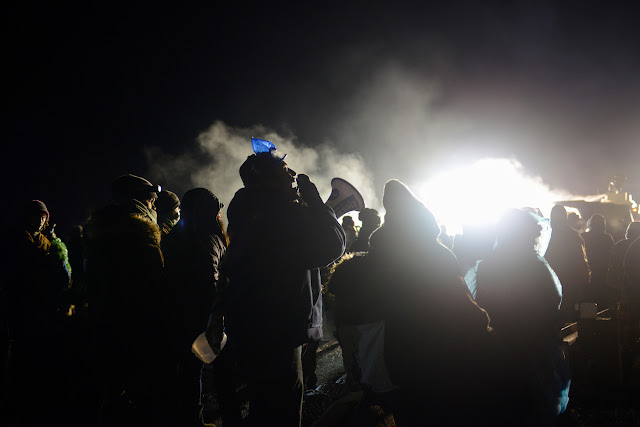 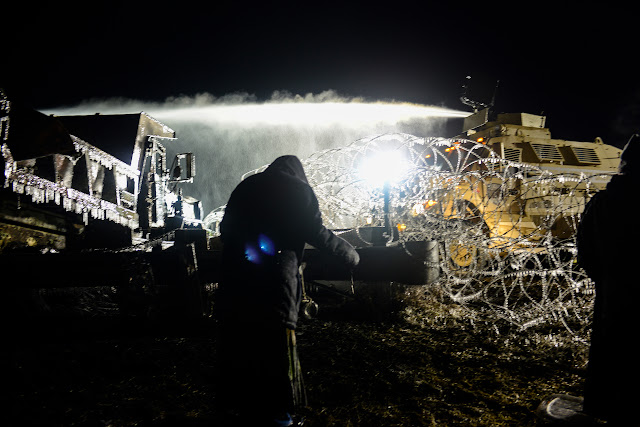 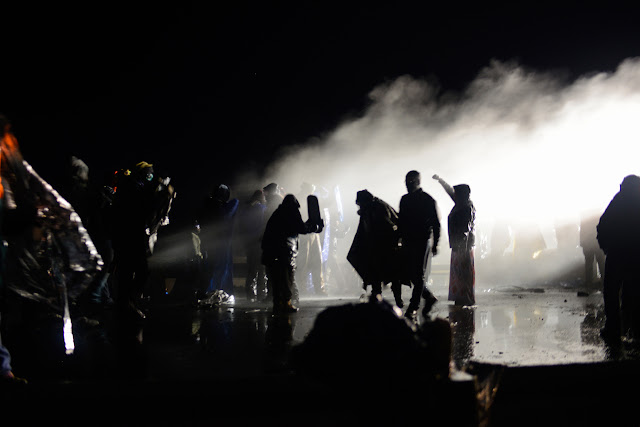 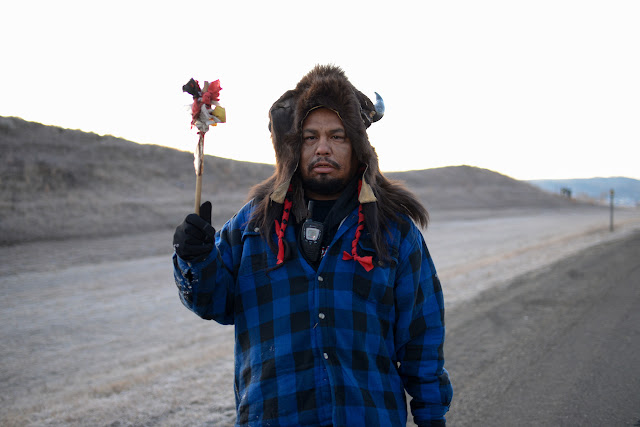 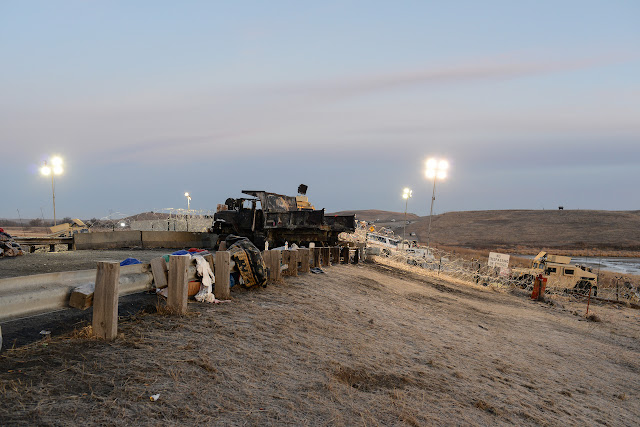 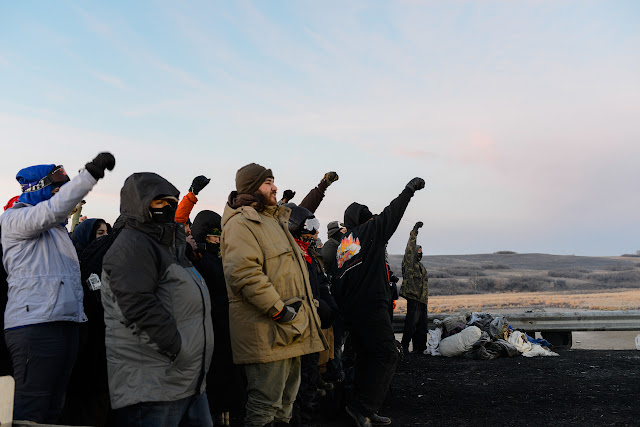 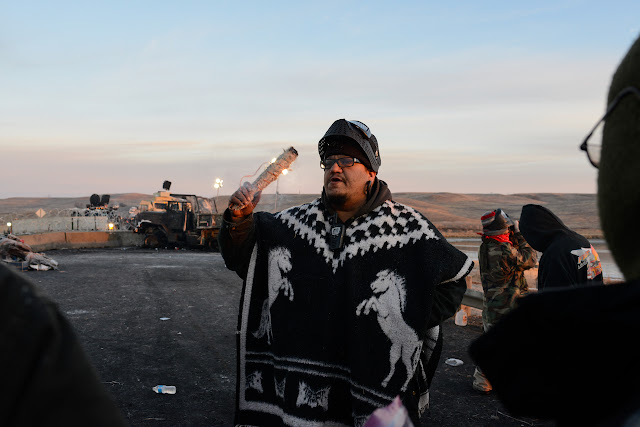 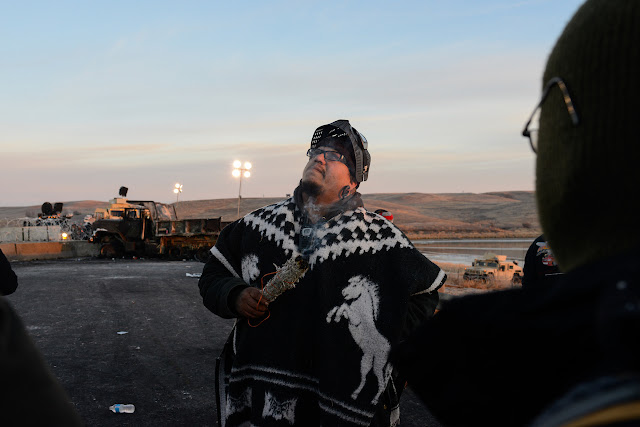 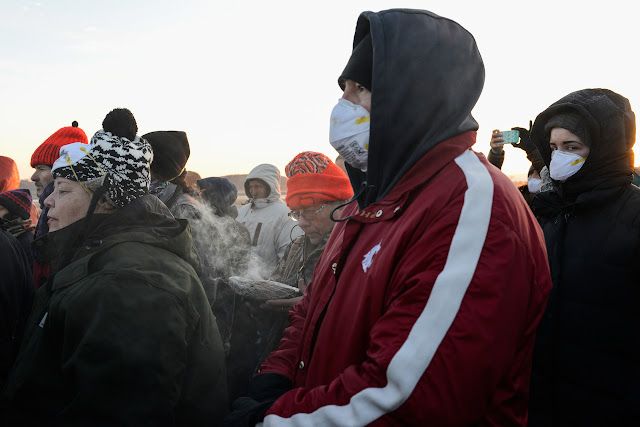 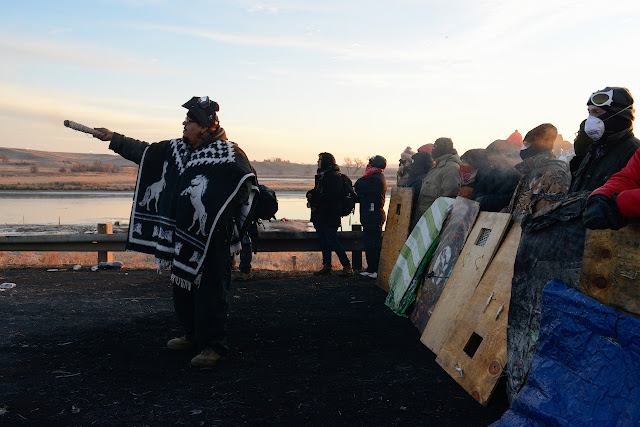 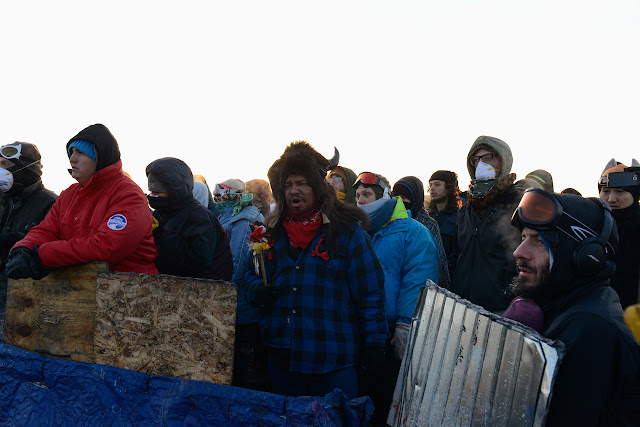