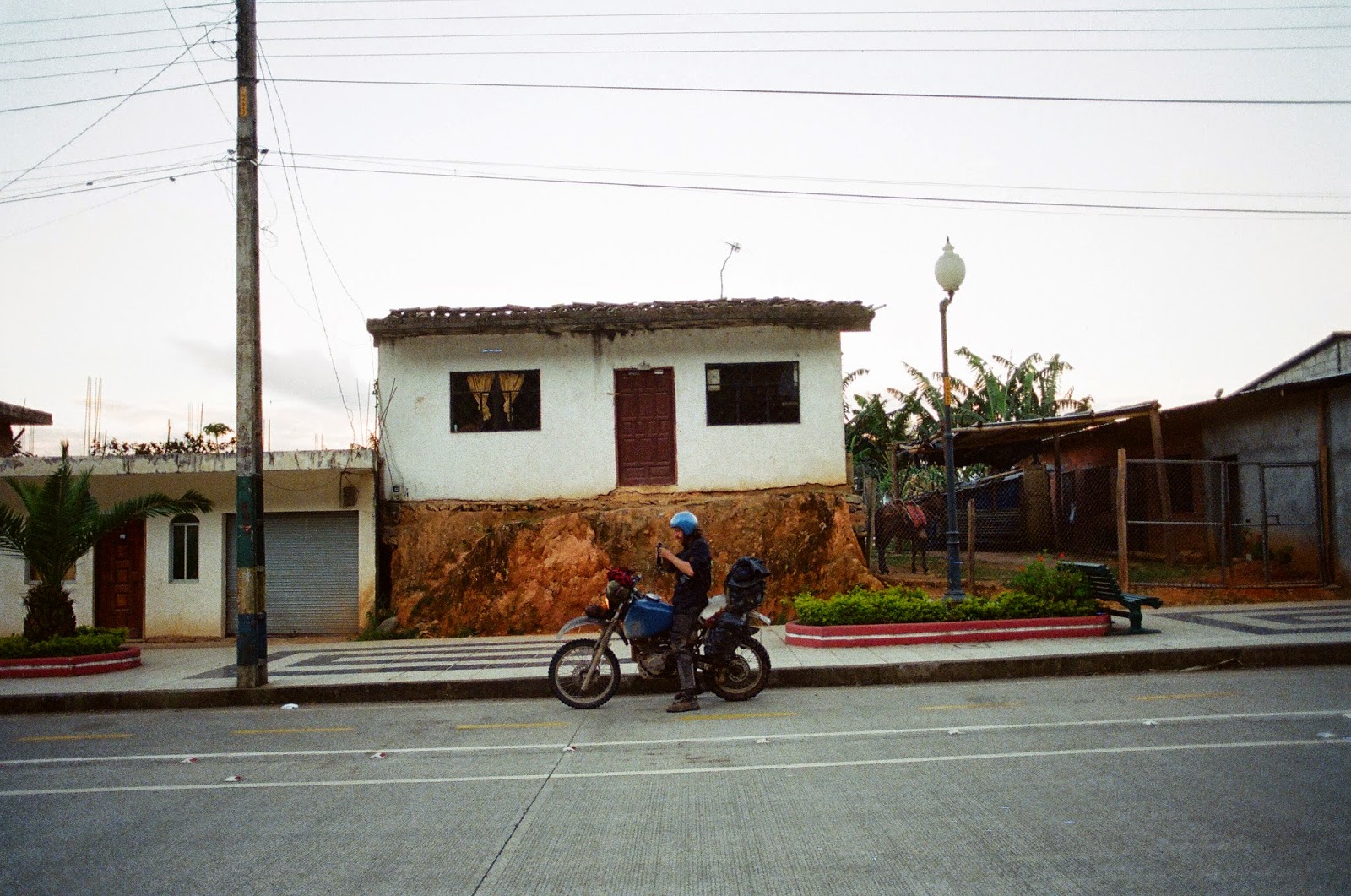 We left the dusty, sandy roads of northern Peru and headed into Ecuador. I'm pretty sure we picked up some sort of bug critter somewhere in Peru after many mornings of waking up to giant spiders on the walls or waking up covered in bug bites. But if we didn't pick up something then, we definitely did the first night in the jungle of Ecuador. In places that clearly were crawling with critters we slept in our sleeping bags on top of the bed, which in hindsight may have not been the best idea since they just made our bags their new home and now we would carry them with us until we made it back to the States and to a washer with hot water and a dryer. Not sure how common dryers are in South America, but in 3 months I wasn't ever able to find one which made cleaning your shit challenging when we were usually on the move everyday and not in one place long enough to hang dry our stuff. I definitely reached a whole new level of dirt bag by this point. Many times I was surprised we even found places to stay because we were so gross, but several times I think we got a room out of pity or just told to not touch anything until we showered. When by the time I'd look at myself in the mirror and realize I was completely brown head to tow from dirt then those kids pointing and laughing at me started to make sense. There were several occasions where strangers would laugh and comment on how dirty I was, and at one point someone gave me a roll of toilette paper because I guess I looked like I was in need....? Sometimes I dreamed of nothing other than a hot shower and shampoo, and other times it felt great to not give a fuck and just be dirty. Sometimes there was something so satisfying about ending the day covered in bug guts and road grime.

During the first few days in Ecuador the bike was stalling constantly under load. We didn't know at the time, but the ignition module was slowing failing. Luckily after some trouble shooting James' figured it out and he had a spare to replace it. But up until that point it meant a lot of pushing up hills in the hot jungle heat. It was definitely time for me to start shedding riding gear and leaving shit behind.

Ecuador surprised me with how nice the roads were in many of the places we went and how the major cities like Guayaquil looked so similar to the US. The first night we stayed in Montanita in a quiet hostal with mosquito nets ran by a nice dude who always seemed to be smoking weed and saying "tranquillo". The town was super touristy which for us meant annoying because that meant more money for everything and silly gringos running around just trying to get wasted in a bubble filled baby pool in the middle of a bar. The next morning we gladly left for Puerto Lopez, a small fishing village further up the coast. We found a little cabin to stay in for 3 nights and I was so happy to just chill on the beach and celebrate our 2 year anniversary together. The first day on the beach was overcast and like an idiot I didn't wear any sunscreen, not taking into consideration that for the last 2 months no skin but my face had seen the sun due to being completely covered up all the time. So I got totally lobstered the first day, but still enjoyed myself and for the first time read the book "A Journey to the Center of the Earth" which seemed fitting. I happily filled my belly with ceviche and pineapple juice.

I was pretty bummed to leave the coast, but we headed back up into the foggy, cool mountains to Quileta and hiked around a volcano crater lake. As much as I enjoyed the beach our travels around the Andes mountains was my favorite. The clothing of the folks who lived around the Andes was so colorful and interesting with different kinds of textiles, ponchos and styles of hats. We bypassed the massive city of Quito and stopped in Otavalo, a small village in the Andes surrounded by beautiful farmland and volcanos. We went to a huge local goods market and found some amazing locally made textiles. We were stoked and crammed them in what little extra room we had on the bike.

After about a week in Ecuador we headed towards Colombia and with the last of my credit bought my plane ticket to Miami. We had 2 weeks left of our trip and our money was almost completely gone. 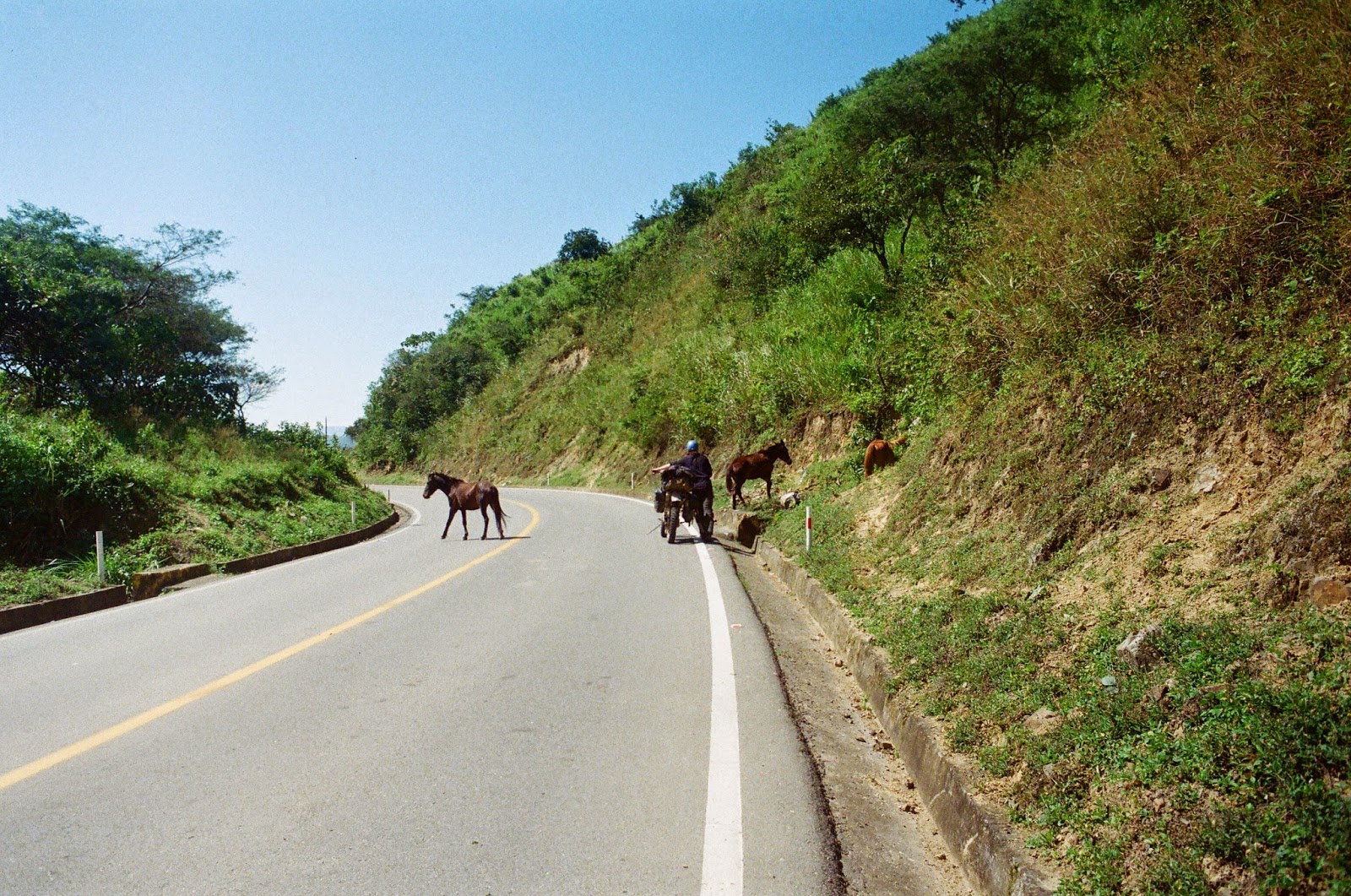 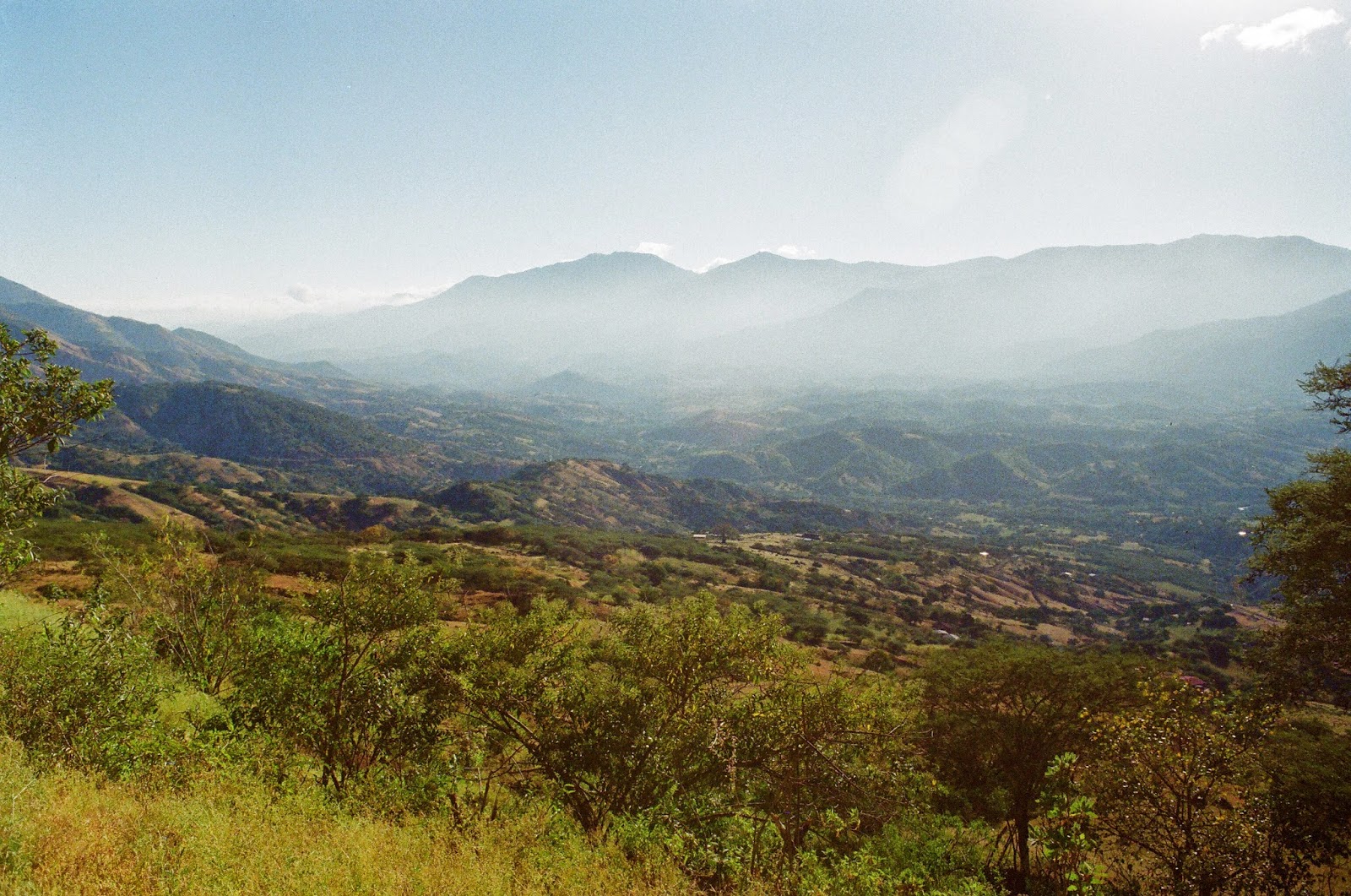 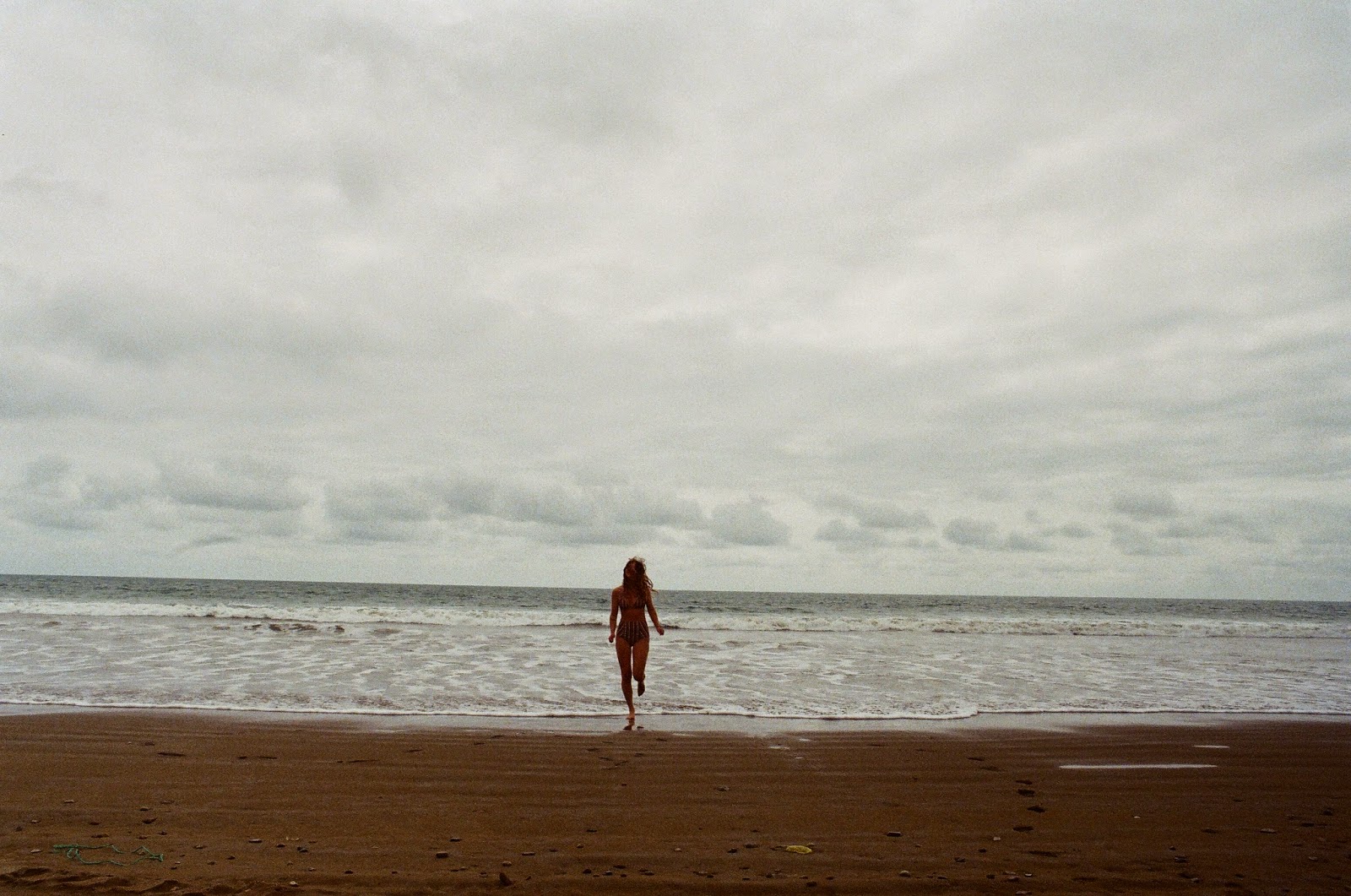 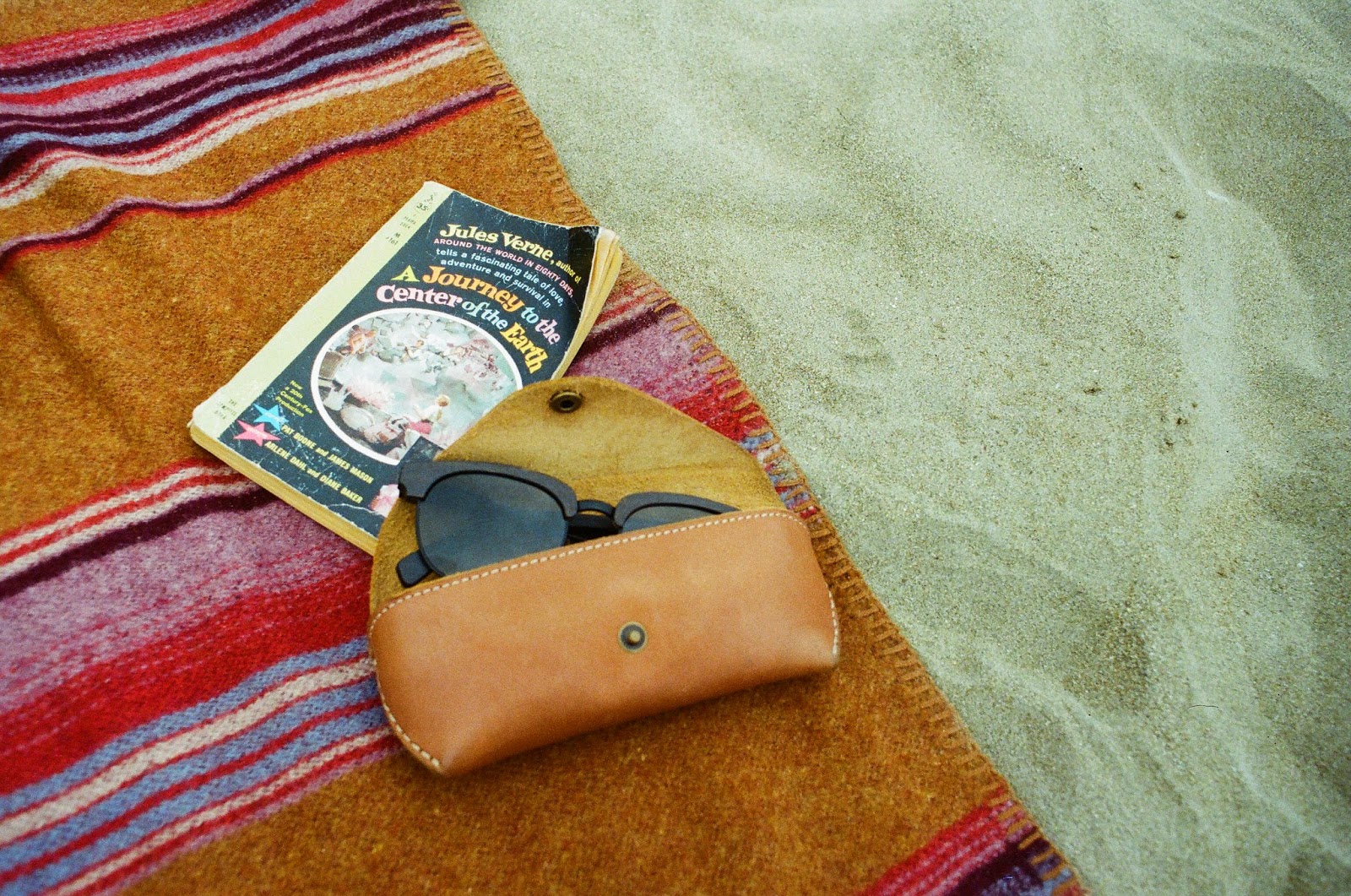 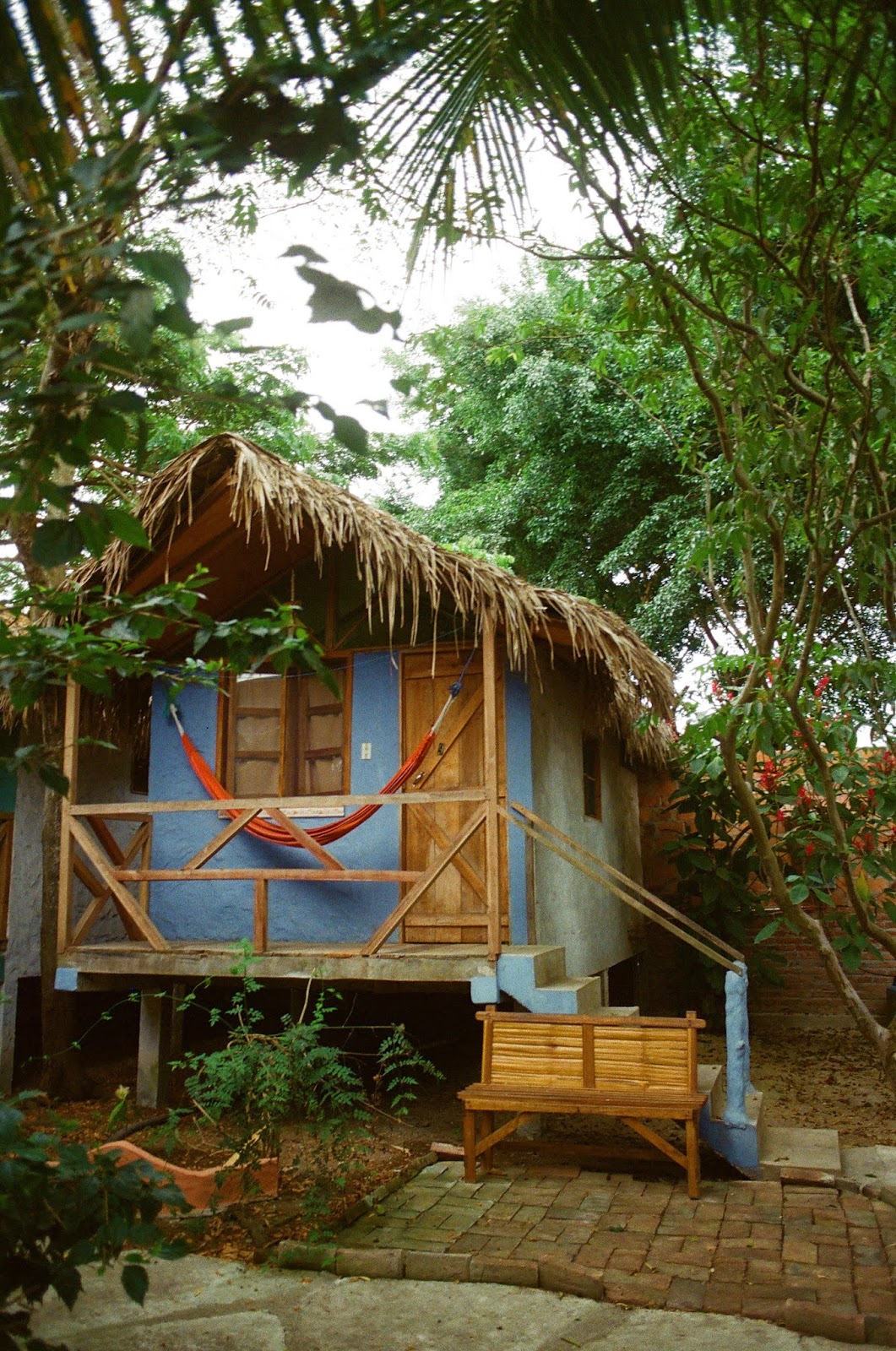 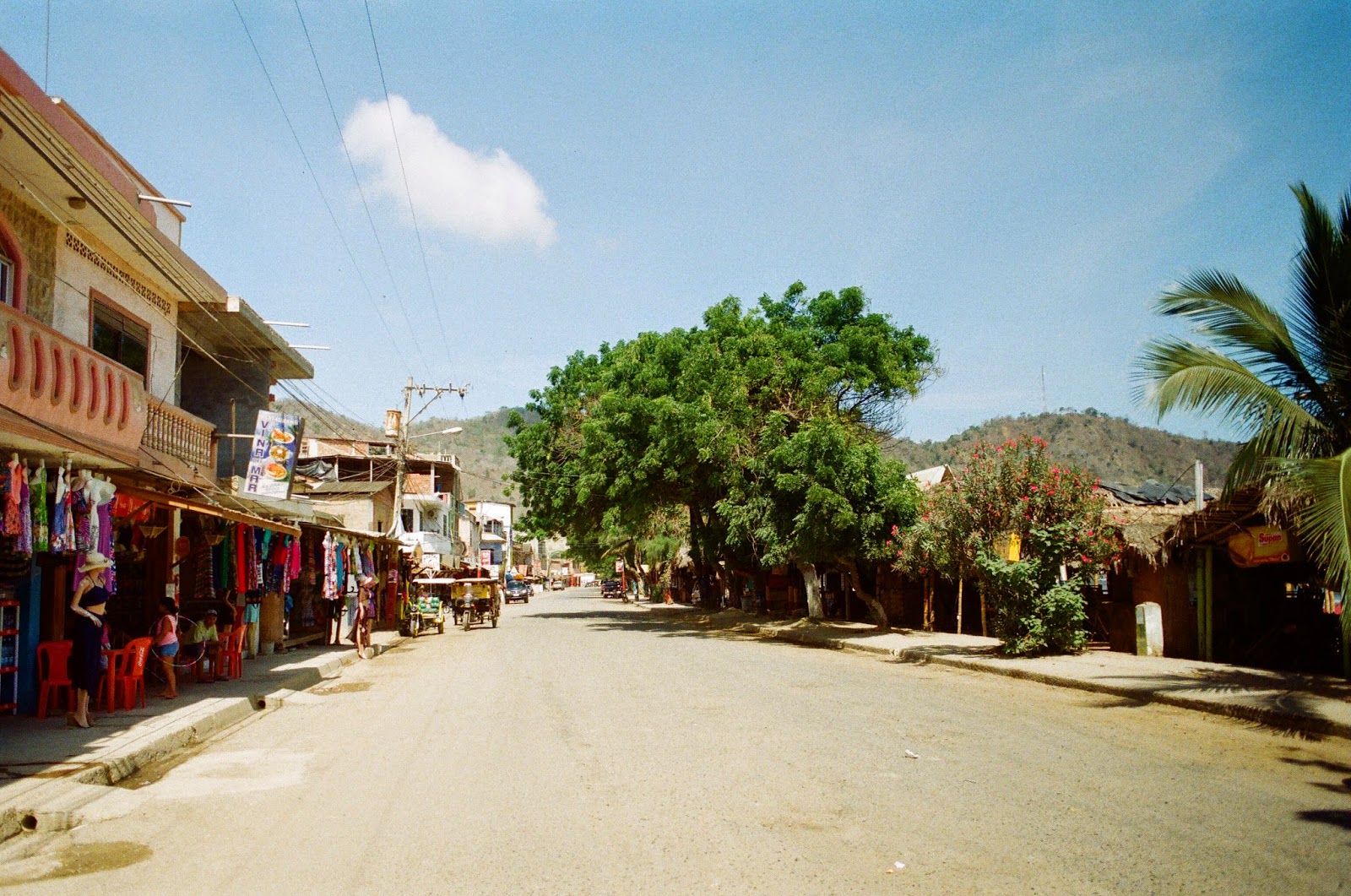 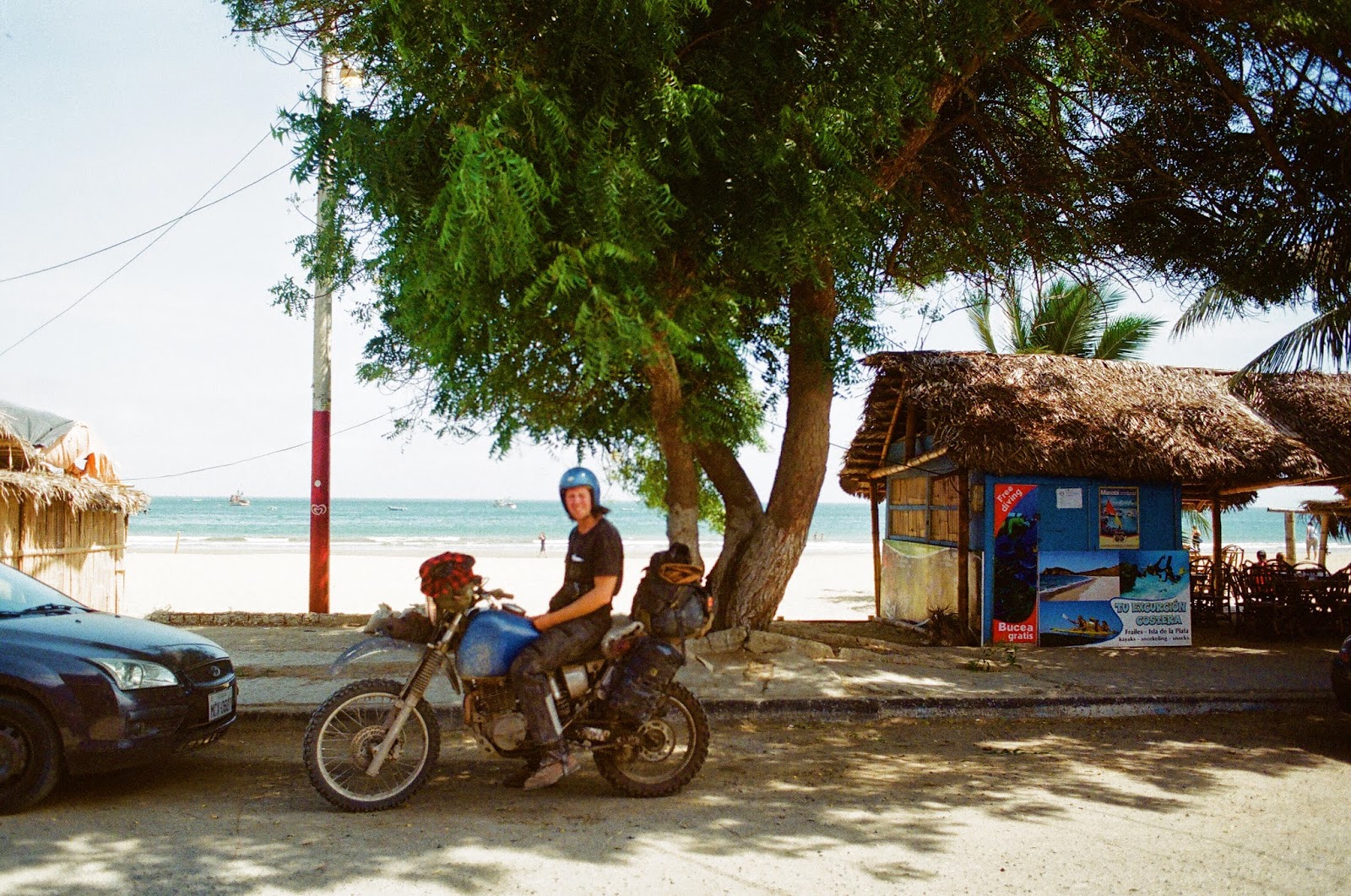 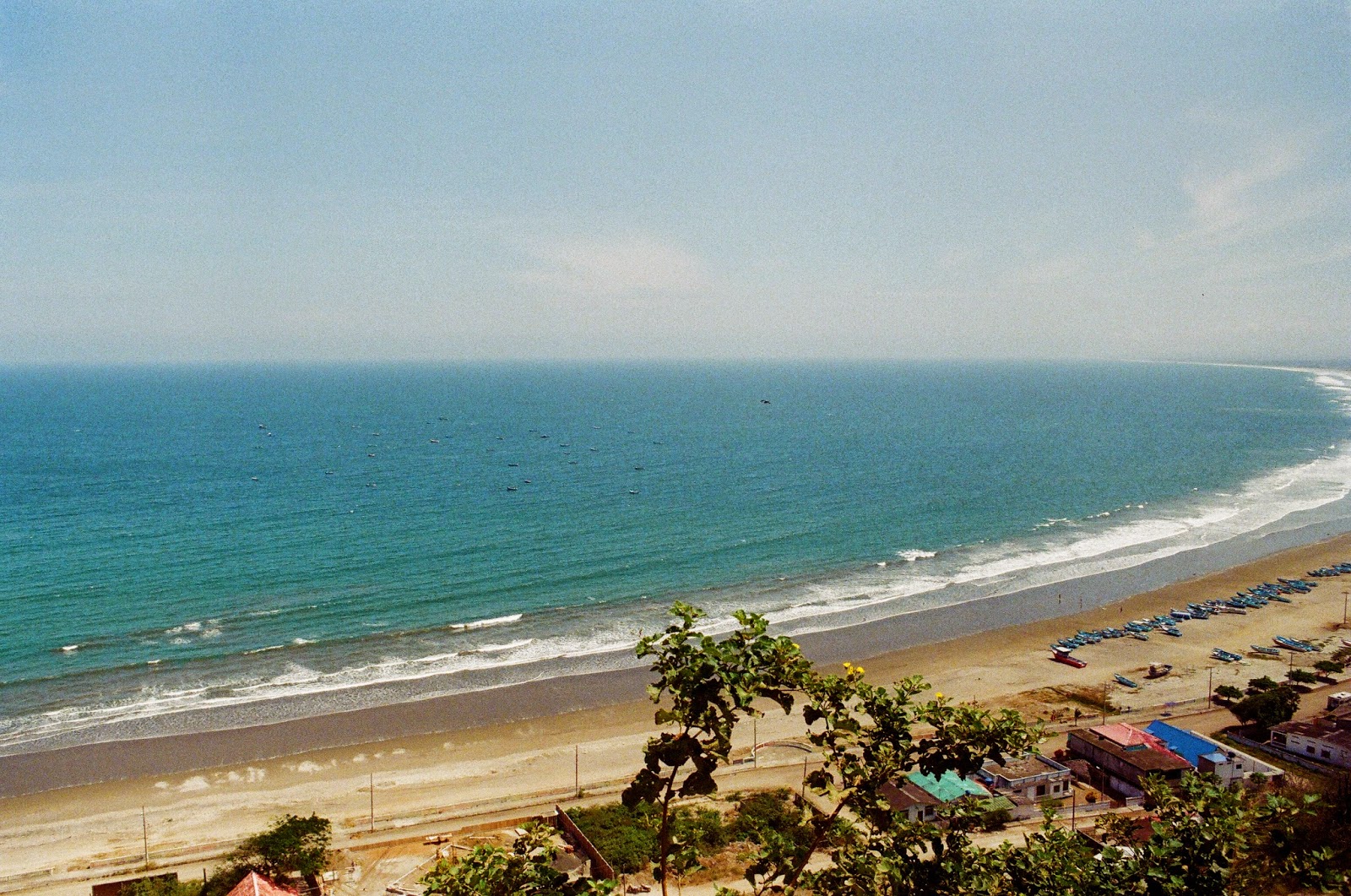 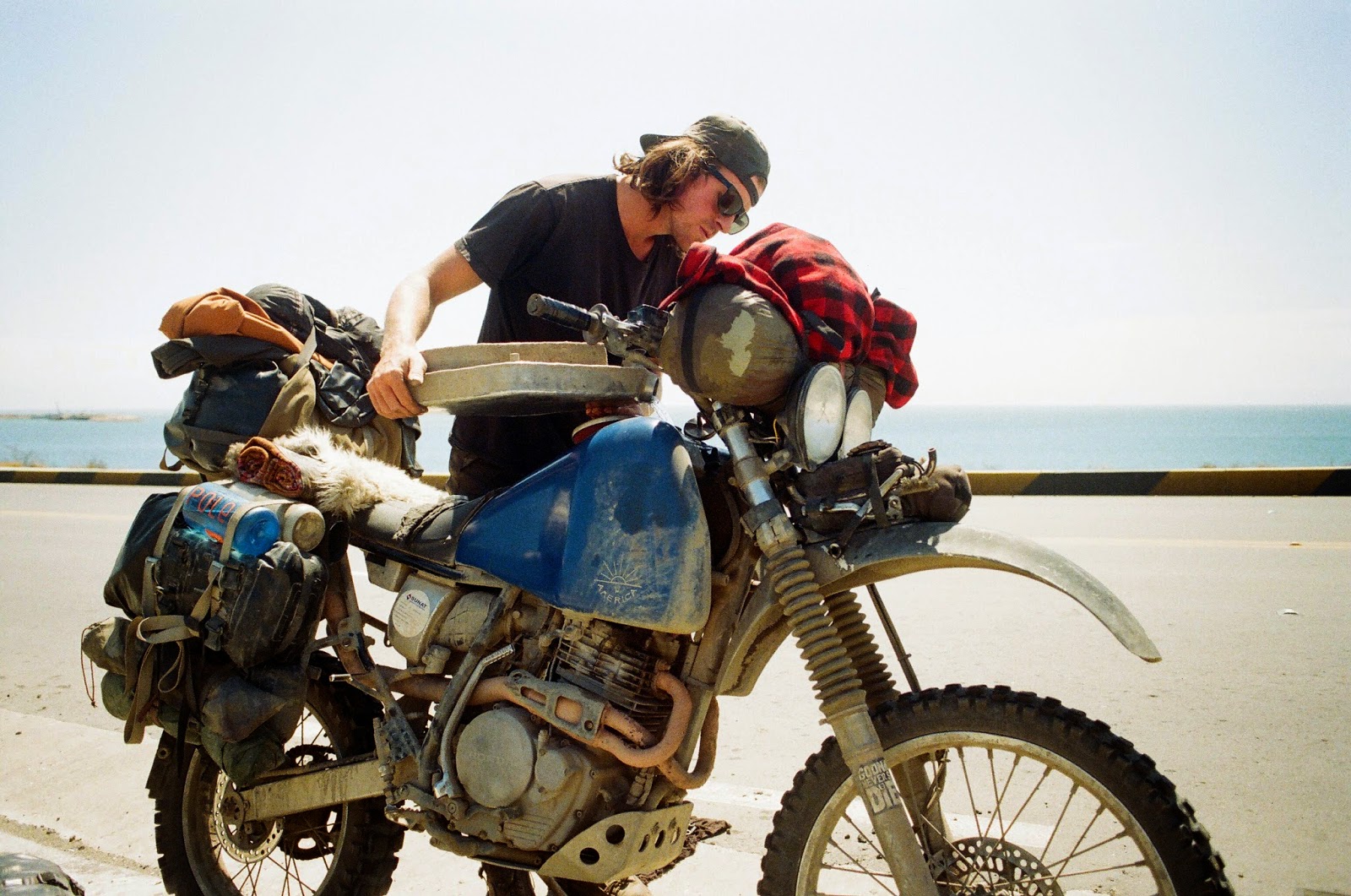 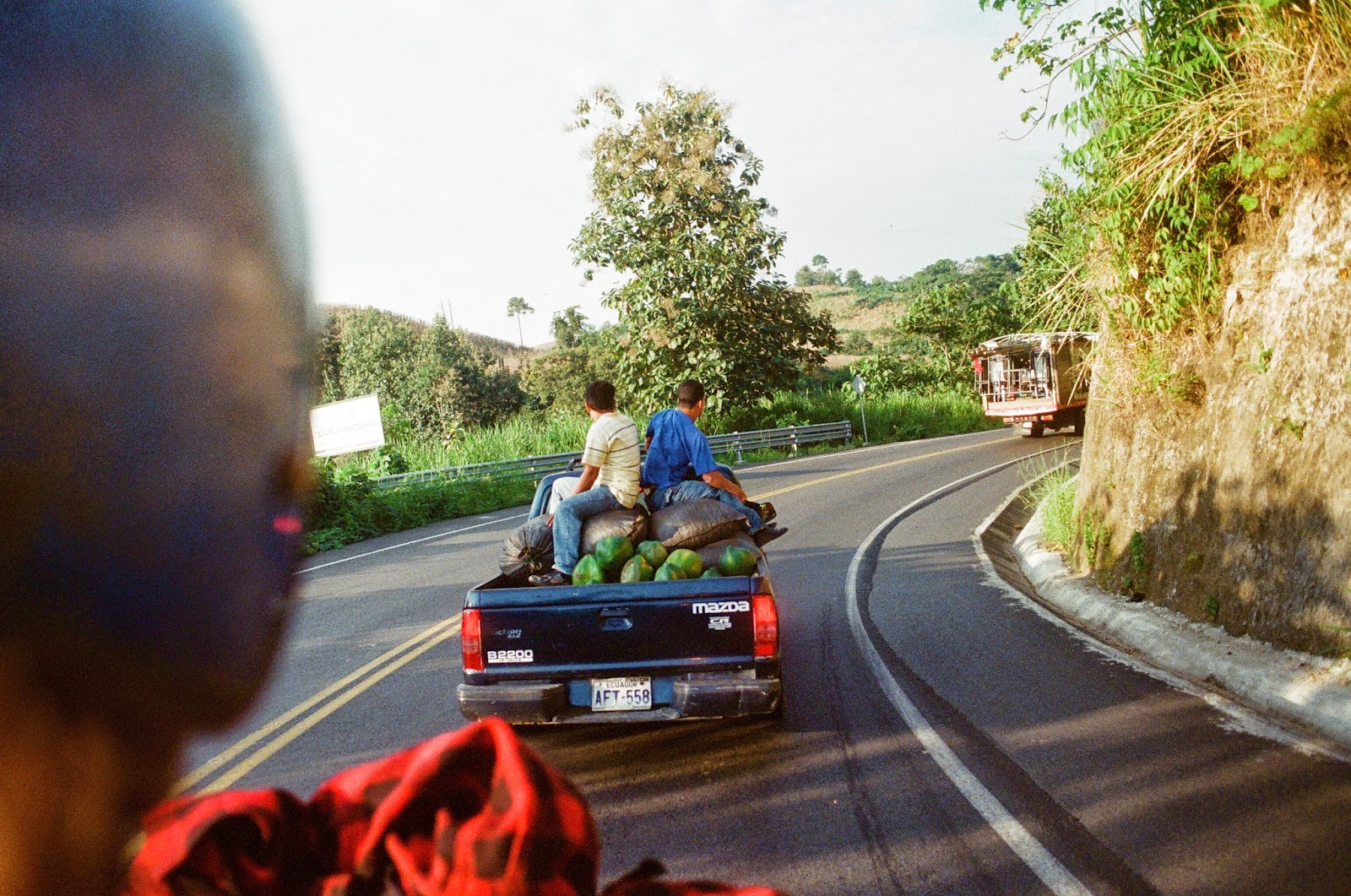 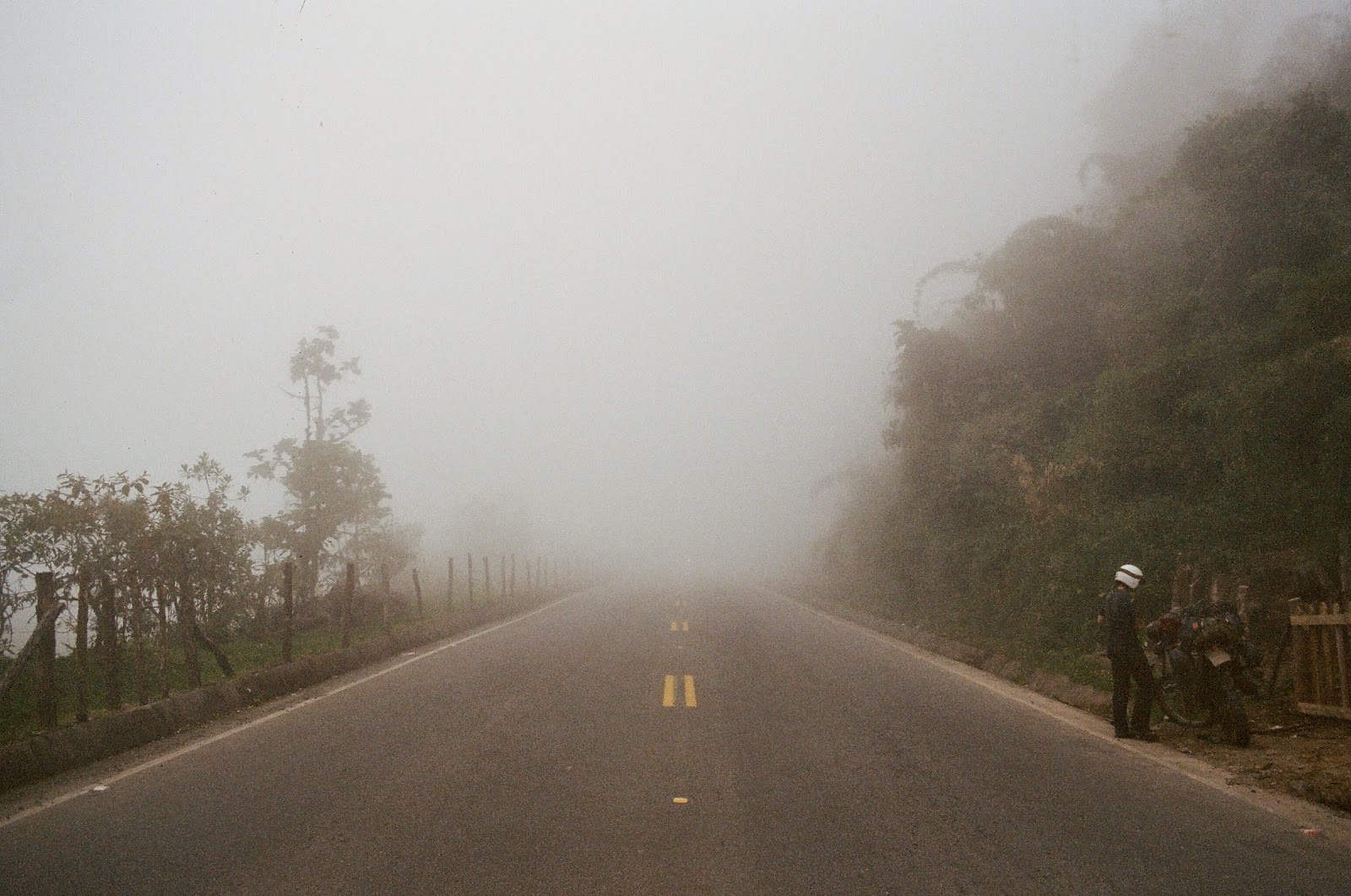 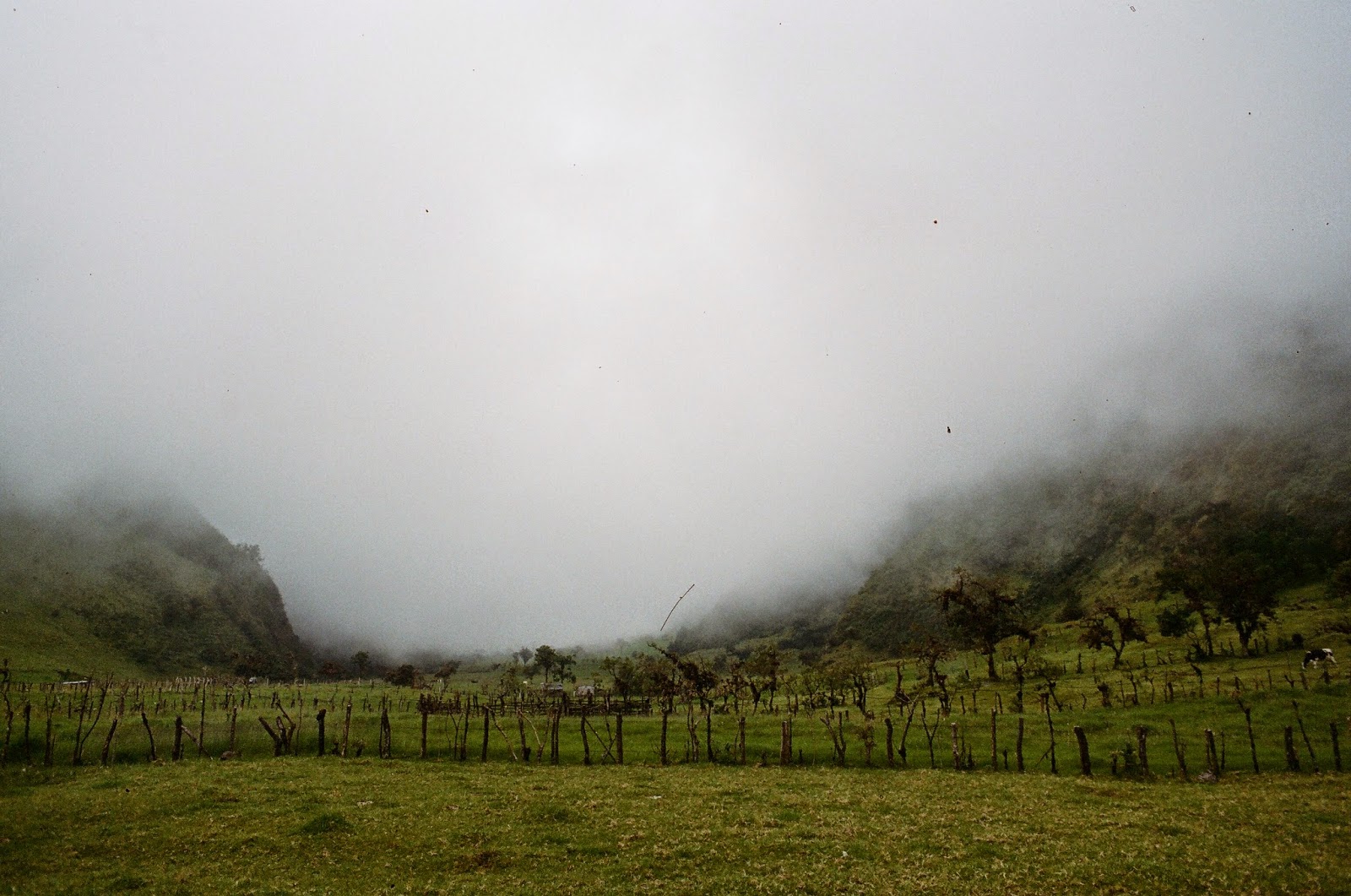 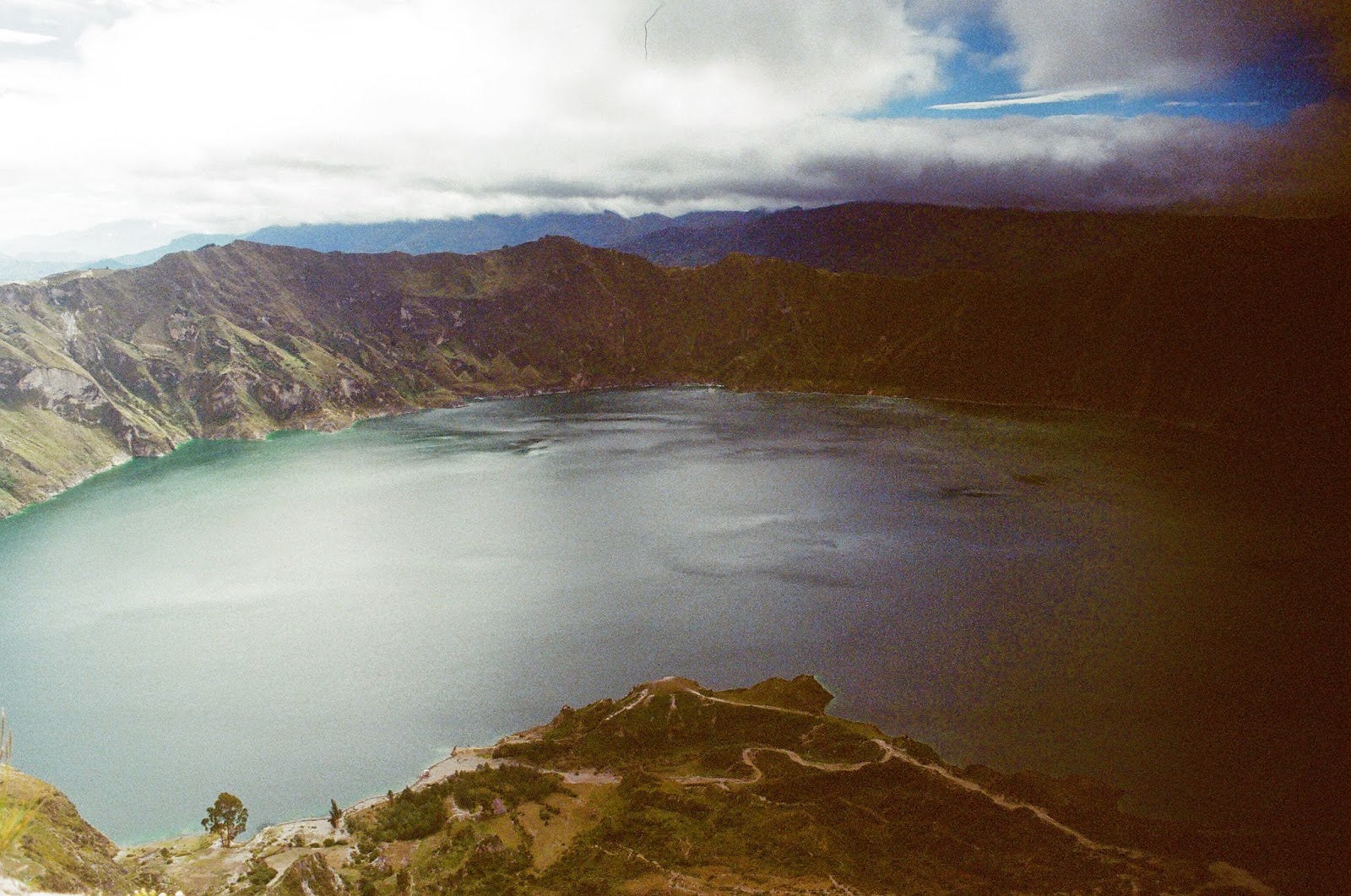 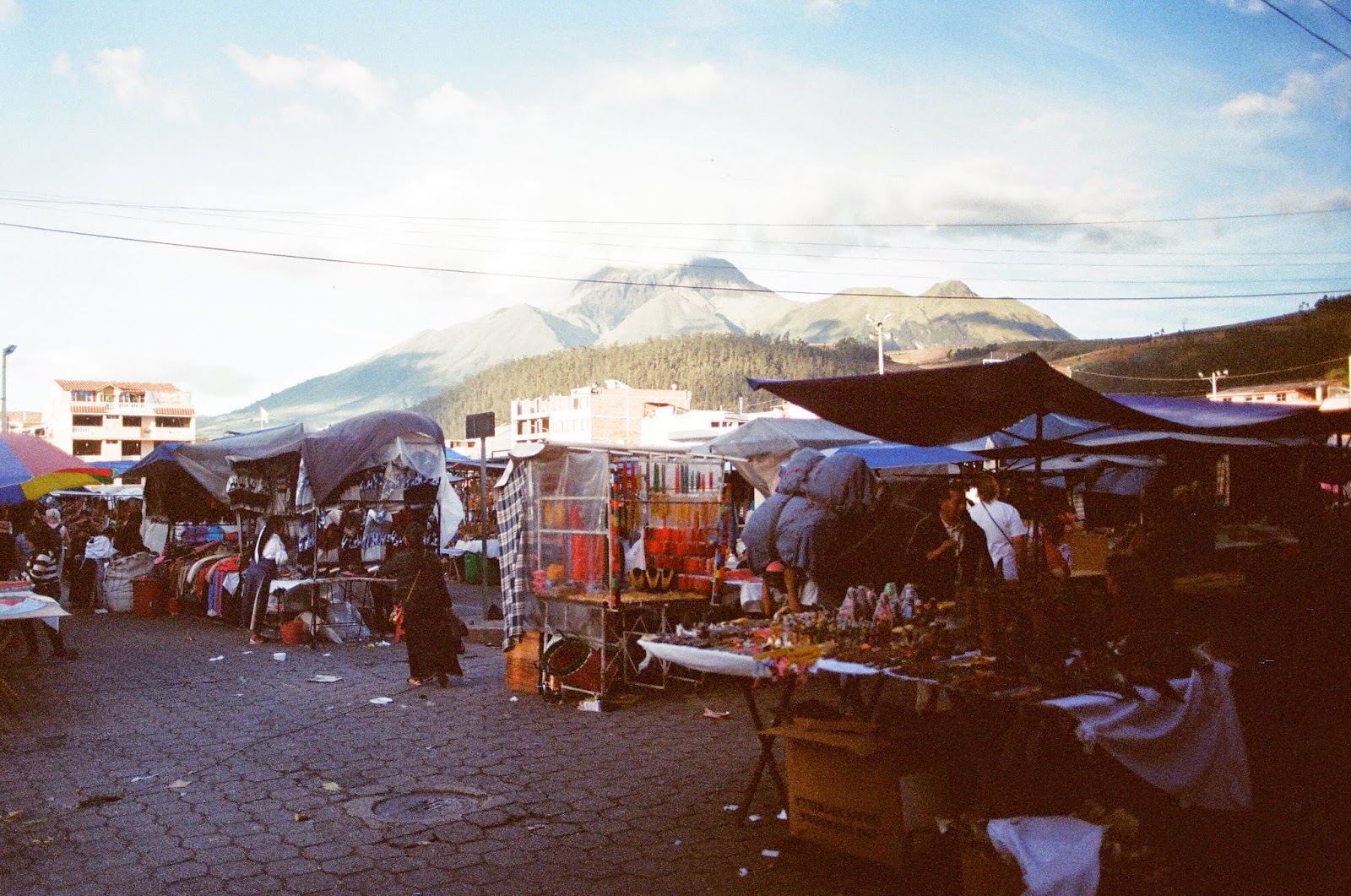 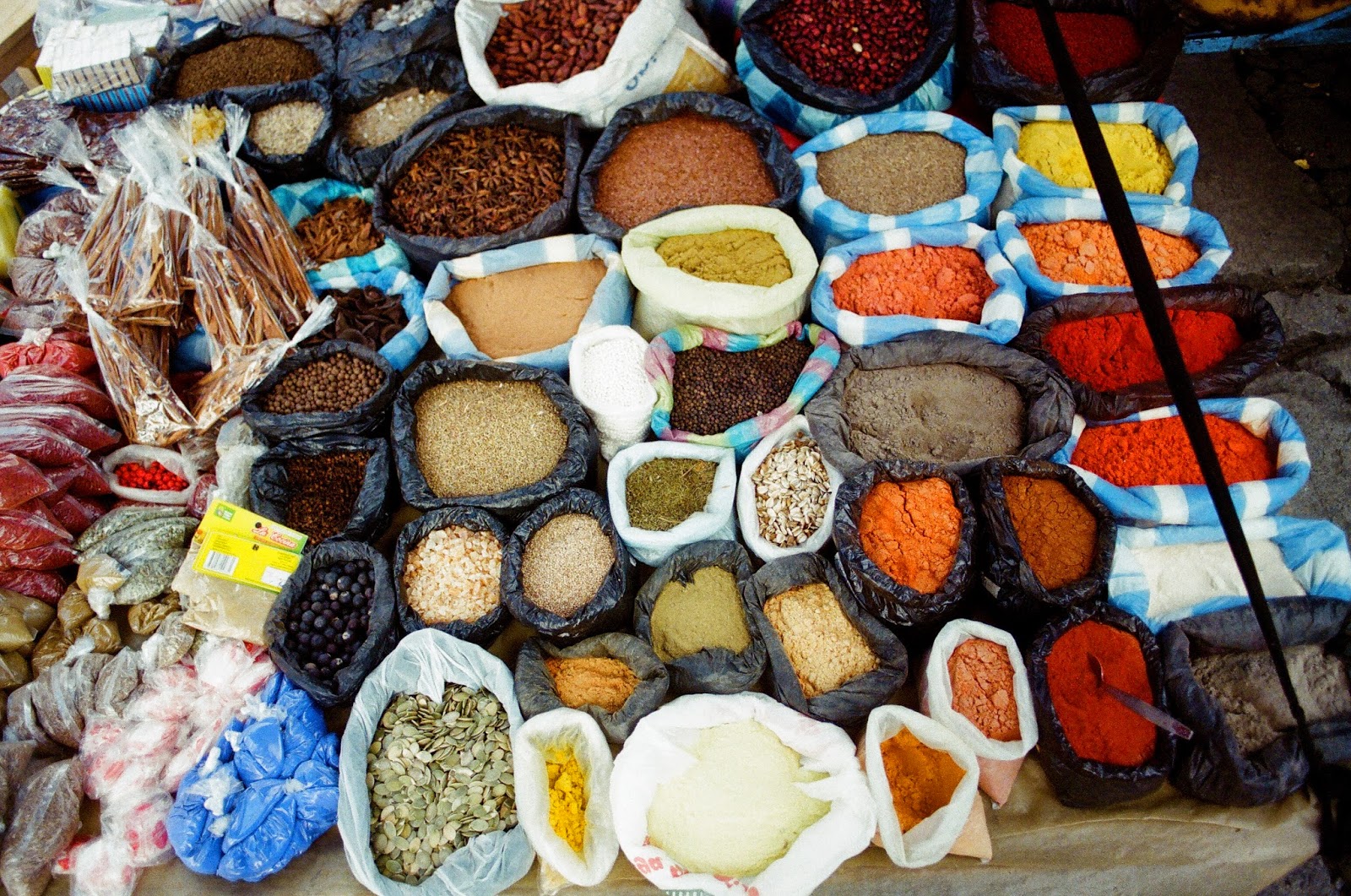 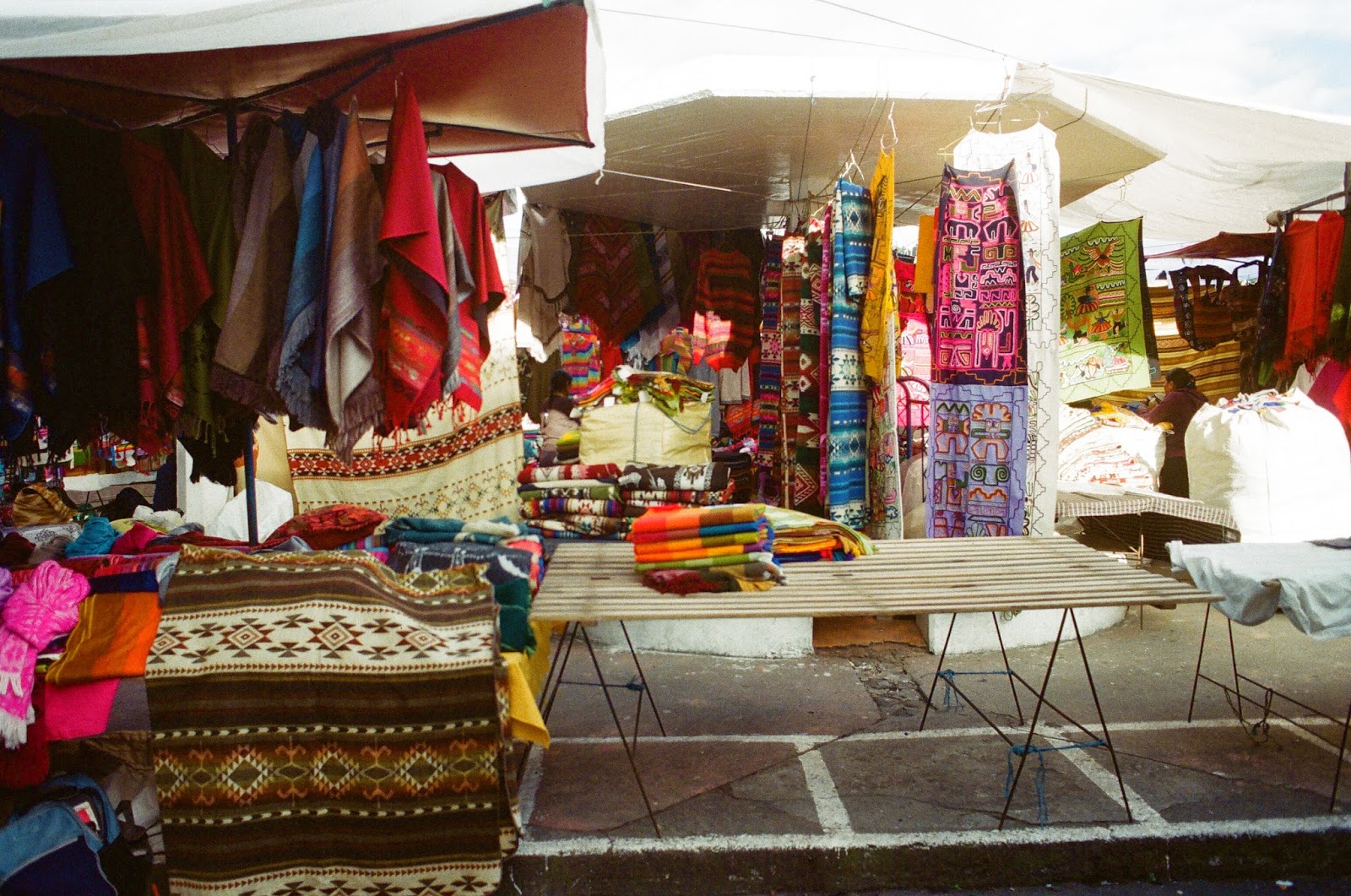 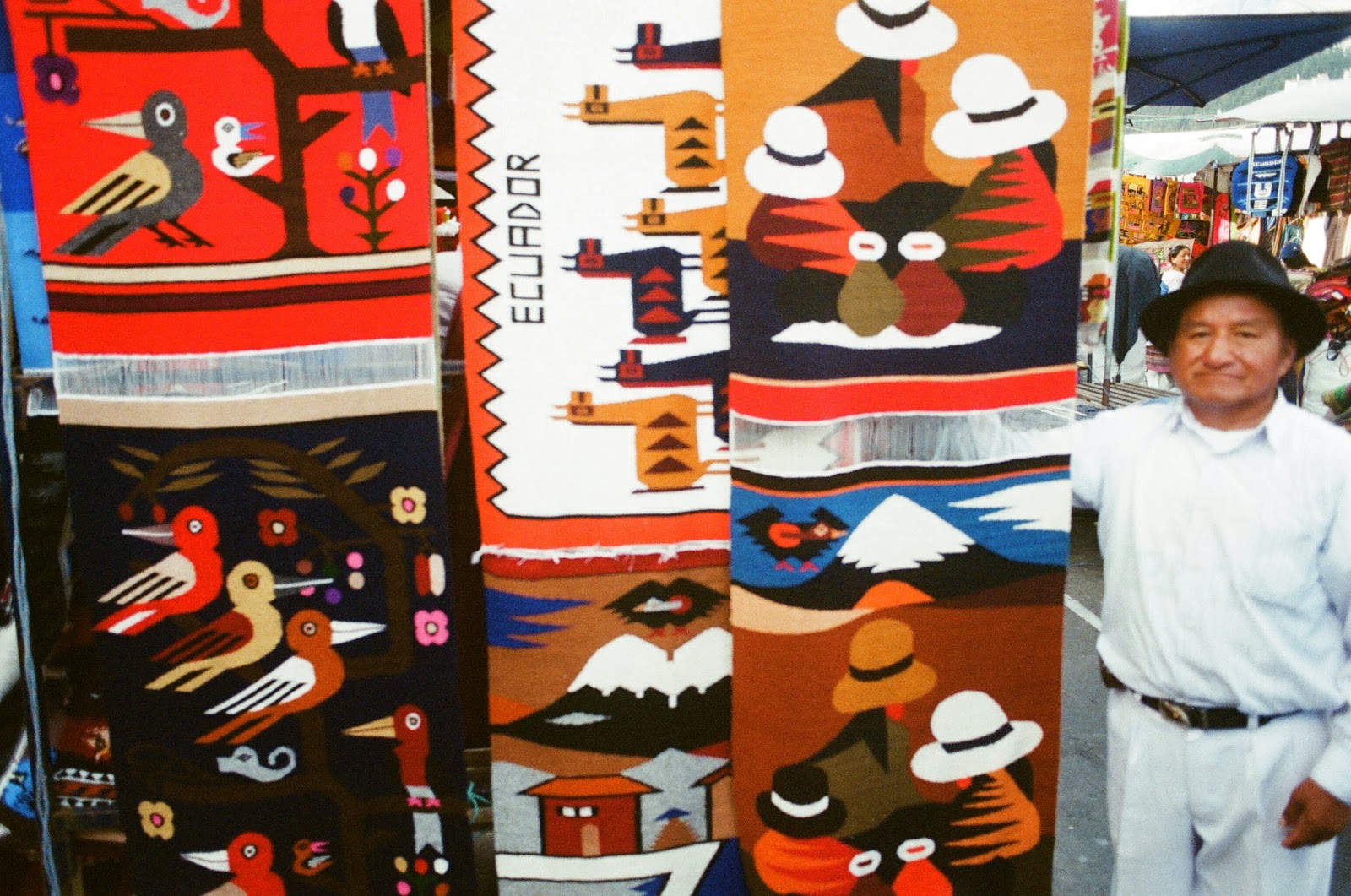 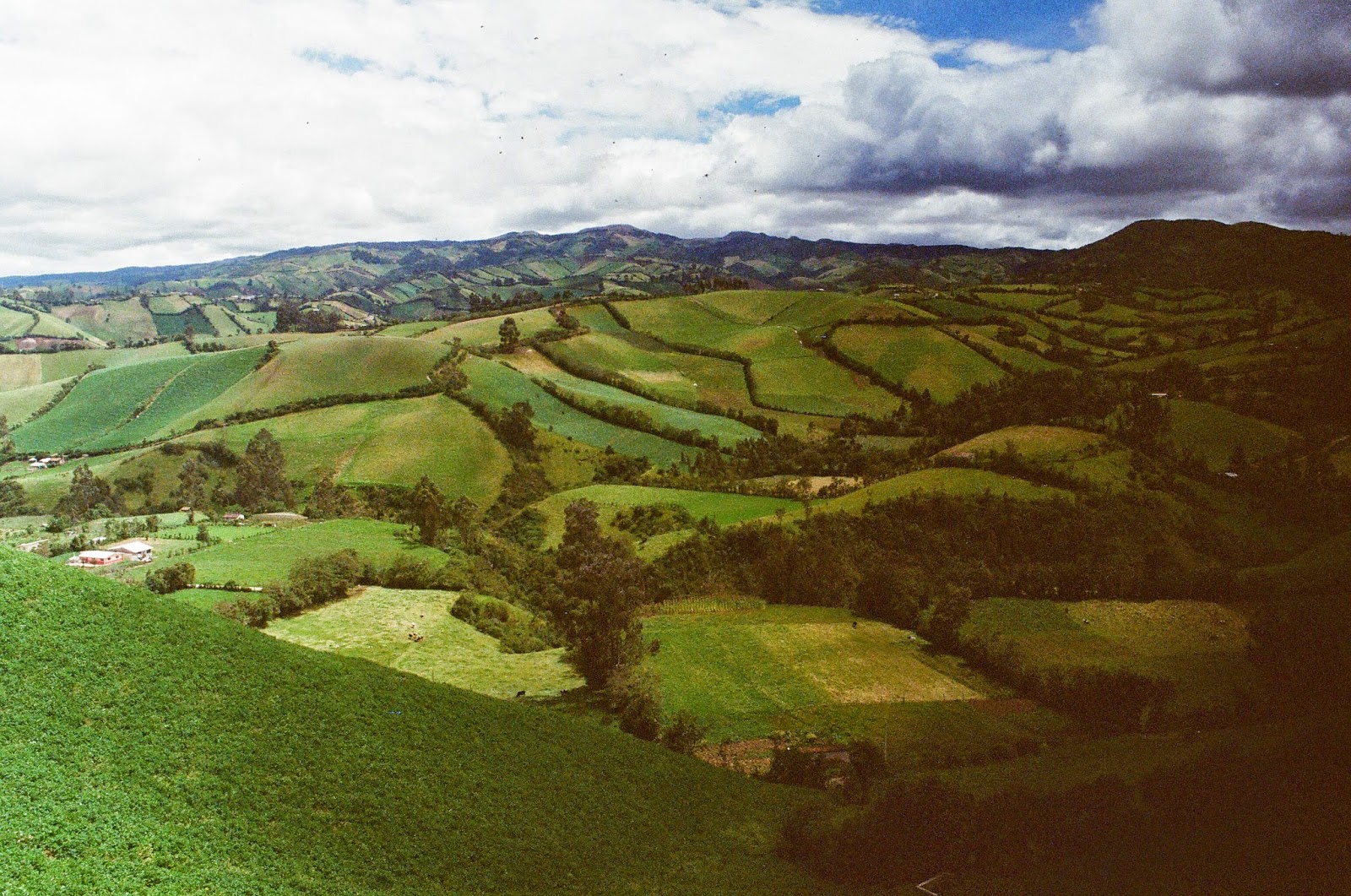